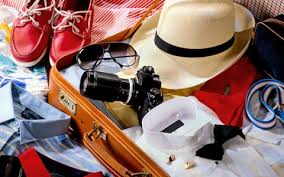 There are loads of guides around offering advice on preparing for retirement – many suggesting how you can occupy all that spare time you’re going to have.  However, I’ve never found that a problem!  My principal concern is having enough money to do the things that I haven’t had the time or freedom to do and to do them whilst I’m still in good health.
So I’ve already taken a few steps:-
Checked my State pension Forecast – having spent quite a few years overseas I knew I would be missing some years of contributions.  In fact, most of the time I was abroad I paid voluntary Class 3 contributions – in fact, overpaid because the rules changed from 44 years to 30 years – so I paid a bit too much – but then the rules changed again to 35 years to obtain maximum state pension.  So I’ve been catching up. Then I read the article by Steve Webb the ex Pensions Minister  (topping-up-your-state-pension-guide.pdf) and found I could gain a bit more pension by contributing a couple of more years – it works out at about £762 to buy £244p.a. pension – a pretty good deal as an annuity would cost around £8000 to obtain the same income.
Invested to Reduce Energy Costs – I hate the cold and with energy costs rising all the time I know that utilities are going to take a big chunk of my retirement income if I’m not going to be shivering in front of the TV.  I’ve always invested in good insulation – but a few weeks ago I installed a solar water heater – it certainly won’t meet all my needs but I reckon the payback time is 5 years or so – where else can you get a 20% return on your investment.  The next big buy will be solar pv panels – may be a 10+ year payback (10% return not so bad) and if electric cars and batteries fall in price I may even be able to eliminate my petrol purchases.
Built a House with Retirement in Mind – not something that everyone can do or would wish to do but architecture and construction have always been a keen interest of mine.  So I embarked upon an 18-month project – which like most building adventures actually took 3 years and came in 25% over budget.  But I’ve ended up with a home designed for easy retirement living – single level in anticipation of reduced mobility in later life,  spare bedroom and bathroom in case we need a live-in carer, a low maintenance garden, and a self-contained guest area with independent access so that if I ever want a bit more income I can use Airbnb pretty much tax-free under the government rent-a-room scheme.
UK STATE PENSION No Comments