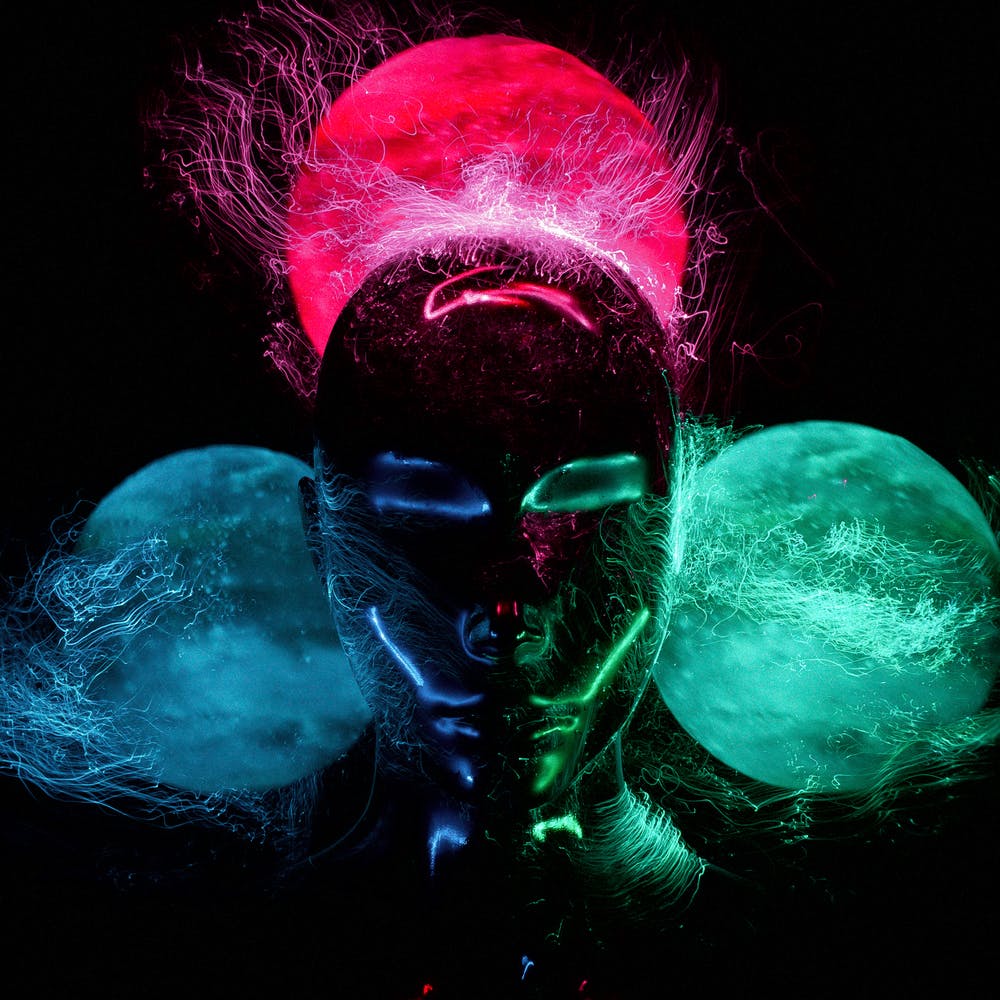 How Do You Protect Your Retirement Finances From Cognitive Decline?

Home » How Do You Protect Your Retirement Finances From Cognitive Decline?

Age-related mental decline and the consequent potential for destructive decision-making is one of the greatest threats to a retiree`s financial security. In this post, I examine some of the research on the topic of financial decision-making and age-related cognitive decline.  I propose that by their late retirees should have implemented a financial strategy based on simplification and minimal decision making.

Recently publicity has been given to various cases where retirees have lost their life savings, and in one case even their house, through financial fraud. Perhaps more worrying is some of the victims haven`t had obvious mental illnesses such as Dementia or Alzheimers and had up to the point of the fraud been managing their lives independently with sound financial management.  In several of these cases despite warnings from the bank of potential fraud and even house visits by police the victims were determined to go ahead with fraudulent investments even in one case changings banks after their own bank blocked transfers to the criminal`s account.

If you are fortunate to live into your mid to late ’80s there is around a 20% chance that you will be severely mentally incapacitated.  In many cases, the onset of these problems will be detected by friends and family and appropriate steps can be taken to care for the sufferer’s physical and mental well-being.  Many of us will also have prepared for this sad and deeply worrying situation through the drawing up of a Lasting Powers of Attorney

The Risk of A Gradual Decline in Cognitive Skills

Whilst most of us know that we have to be prepared for the risk that we will be hit by Dementia it is quite possible that we will not prepare for nor recognise a gradual decline in our mental abilities.  Perhaps this hidden risk is an even greater threat than a precipitate decline in cognitive ability.

In an article in Forbes magazine entitled “Does Your Retirement Plan Account For Your Own Cognitive Decline?,  Dr. Wade Pfau wrote:-

“With retirement, it is important to consider how declining cognitive skills associated with aging will make it increasingly difficult to self-manage your investment and withdrawal decisions.”

The basis of the article was a paper “Old Age and the Decline in Financial Literacy”  by Michael Finke, John Howe and Sandra Huston published in  2012.  The paper´s research builds upon various previously published academic papers which identify that the cognitive decline that occurs in old age is associated with increased susceptibility to financial scams and difficulty in managing money.  The level of cognitive ability and mathematical skills have been shown to be a predictor of whether a retiree will protect his net worth and make sound financial decisions.

A Linear Decline in Ability With Age

This new research quantifies the decline in cognitive ability with age by applying a test of 16 financially oriented questions to a large sample group.  The results showed a near-linear decline in financial literacy of 1% per year after age 60. The authors judged the decline in capability to be due to an age-related decrease in financial knowledge combined with poor decision-making.

No Recognition of Cognitive Decline

The results are probably not unexpected.  However, the more worrying discovery was to quote the authors “advance age increases overconfidence in financial decision-making abilities”.  The failure to recognise a decline in financial ability leads to poor and expensive decisions.

Being Able to Solve a Cryptic Crossword is No Guarantee of  Sound Financial Decision Making!

The authors state that unlike crossword solving financial literacy requires:-

Fluid intelligence is defined as “being able to think and reason abstractly and solve problems. This ability is considered independent of learning, experience, and education.”  So clearly there are many instances when the knowledge and experience of elders can result in better decision making but the cognitive decline will hit fluid intelligence hard and is likely to result in erroneous financial decisions.

Back in August 2021 several weeks after reading the article and paper on which it was based there was much publicity about new research that seems to contradict the findings described above.  A Times article was entitled “Scientists say our brains get better with age”. This and others published in a variety of media outlets were based on a paper published in the journal Nature entitled:-

One of the conclusions of the paper was

So to a layman such as me what does this mean?

2. The orienting network directs attention to a target stimulus. This network can be triggered by specific spatial cues, as well as cues in other modalities.  In essence, this affects one´s ability to identify and concentrate on a stimulus.

An improvement in both inhibition control and the orientations should result in a greater ability to concentrate on an issue and exclude distractions.  So whilst youngsters are prone to skip from one activity to another this characteristic reduces with age. In a financial context, this should result in an ability to recognise and concentrate on relevant information.  However, the research gives little indication as to whether this will result in better analysis and decision-making.

The methodologies of both research projects were completely different.  The first  “Old Age and the Decline in Financial Literacy”. was directed 100% at the effect of aging on financial decision making.

Subjects were questioned on four areas of personal finance – Basic Finance, Investment, Insurance, and Credit.  The age-related declines were consistent across all four top¡cs even in an area such as insurance where most respondents owned policies.

However, in order to answer the questions correctly knowledge rather than mental aptitude was required.  So this was very much an examination of financial literacy rather than cognitive ability. The failure to recognise lack of knowledge is perhaps more related to cognitive function.

The methodology of the study “Evidence that aging yields improvements as well as declines across attention and executive functions” involved participants viewing a computer screen and responding to questions about the positions of the arrows on the screen.  This is a pure test of cognitive processing.

What Can We Learn from These Studies

Most of us will accept that as we grow older certain of our mental capabilities improve whilst others decline.  Experience can improve our decision-making as we have a mental databank of frames of reference – we´ve been there and seen it before.  Probably our memory isn´t quite as good and our mental arithmetic not so fast but our judgment may be far better than in our youth.  Of course, it is very likely that we also become more stubborn and have a greater self-belief with age!  This may be a reason that some victims of financial fraud doggedly pursue a misjudged course of action despite advice from banks and authorities.

The financial literacy study highlighted two issues.  A decline in financial knowledge with age and a failure to acknowledge this.   This may simply be due to the fact that as we get older our finances become simpler – no mortgage, no need to save, no kids to see through university, no worries about unemployment or illness affecting income, etc. Also, spending tends to decline throughout retirement so there are fewer financial worries. This may result in personal finance becoming a far less important element of our lives so we become more detached from financial affairs and far less up-to-date with the topic.

“A lack of financial literacy partnered with over-confidence about our financial decision-making capabilities is a dangerous combination.”

Whilst severe mental decline such as Dementia is devastating on a personal and family basis it is more likely that the age-related invisible decline in decision-making capability has the greatest potential to negatively impact retirement finances.

Although at first sight some of the research evidence into age-related mental decline seems to be conflicting the different studies do not conflict with the view that during ta retiree`s 60s and early 70s the reported linear decline in mental ability may be counteracted by improved decision making due to experience.  In later years, it is probable that the cognitive decline will dominate leading to the risk of unrecognized poor decision-making.

What Actions Should the Retiree Take?

Is Employing a Financial Advisor The Answer?

Anyone interested in investment who has relatively straightforward financial affairs will probably be reluctant to place their investments in the hands of an advisor.  Although this is the obvious solution to avoiding financial mismanagement (ideally!).  The impact of cost alone will be a deterrent.  Fees of 1% to 2% in addition to the usual fund and platform fees will result in around a 1% reduction in the Safe Withdrawal Rate (SWR) from a pension drawdown portfolio.  So a 3.5% withdrawal rate will be reduced to 2.5% – this is a 29% reduction in income.  This is an enormous price to pay if there is an effective lower-cost alternative.

Some Advice On The Dilemma From Experts

In a recent podcast on the subject of retirement planning, the issue of mental decline was raised:-

If the retiree can simplify his finances then he should be able to define a methodology to manage his investments and retirement income that avoids the need for decision making.  Basically, a set of instructions for him to follow that can be handed over to a family member to follow in the event of illness or mental capacity.  The exercise in drawing up this instruction sheet will, for many, prove very instructive!  Just describing how to annually decide upon an appropriate income drawdown amount then how to balance a portfolio and sell down investments – routine operations for most will show that what could be an operation by rote actually stimulates us to make decisions such as- “should I hold off from selling stocks now”,  “am I really going to buy more bonds now when yields are increasing” etc.  A retiree will need the self-discipline to follow the “rule book”.

Only through simplification can a robust, easy-to-follow strategy be implemented.  This for many who have had decades of interest and experimentation with finances will be anathema.  Many of the retirement strategies described in my past posts will have too great a level of complexity.  Portfolios with multiple asset constituents may result in a rule set for annual rebalancing that will be far from simple to explain.  Consequently, the search for simplicity may imply a non-optimal investment return but will reduce the risk of severe investment damage caused by poor decision-making later in retirement.

Find a Trustworthy Financial Advisor Who Charges by the Hour

I am not advocating handing total responsibility over to a financial advisor.  However, if it`s possible to find an advisor who will provide a few hours of consultancy every few years this would be well worthwhile.  This is probably far easier said than done as many advisors will want to charge a flat percentage of the assets under consideration but establishing a trusting relationship with an advisor will be important to ensure that over perhaps 20 to 30 years plus of retirement that there can be periodic reviews to ensure the finances are on track, income levels aren’t over-ambitious nor too meager, the tax situation is optimised, adequate thought has been given to inheritance issues and IHT and that in event of death or incapacity of the retiree there is a friendly expert with knowledge of the financial history to advise the family.