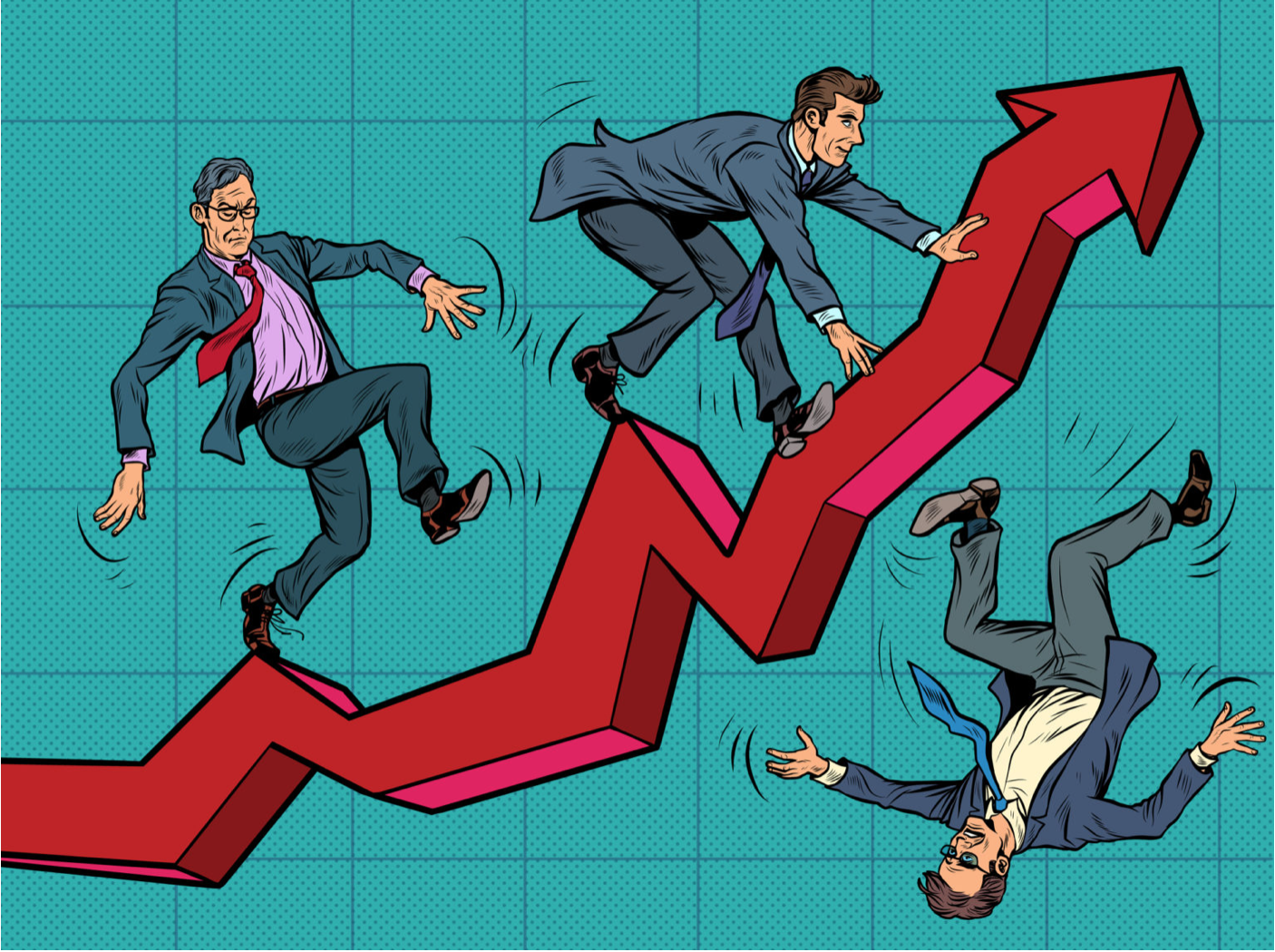 Investing a Lump Sum – Drip Feed or All At Once

Home » Investing a Lump Sum – Drip Feed or All At Once

The Dilemma of How To Invest a Substantial Lump Sum

Investors when faced with investing a significant lump sum face the problem of deciding whether to invest it all in one go or “Pound Cost Average” to spread the investment over a period of time.

Much of this consensus is based upon research by Vanguard published in 2012.  This looked at US, UK, and Australian markets and compared lump sum investment(LSI) with dollar-cost averaging (DCA) over periods from 6 months to 3 years for 100% equity, 100% bond, and 60/40 portfolios.

The results are shown in the table below based upon dollar-cost averaging over 12 months:-:-

Vanguard found that at the end of the 10-year period, lump-sum investing beat dollar-cost averaging about two-thirds of the time. The results were consistent across the U.S., the United Kingdom, and Australia. This bears out the frequent assertion that as markets rise about two-thirds of the time then the odds are in favour of lump-sum investing beating dollar-cost averaging.

Advantage LSI – But on average by a Small Margin

Vanguard calculated the difference in performance over 10 years of  £1m invested in a US 60/40 portfolio of dollar-cost averaging over 12 months and lump sum investment. The lump-sum grew to $2.45m compared to $2.396m for dollar-cost averaging. This is an out-performance of $54,000 or 2.3%.  This represents a difference in annualised growth rate of 0.27% – not an enormous advantage but over very long periods of investment, this can amount to a worthwhile extra contribution.

How Are Results affected by Short-Term Market Volatility?

I guess we all worry that we invest a substantial sum and the next day markets collapse.  Vanguard looked at monthly rolling periods so short-term market variations were not examined.  To see how daily variations could affect performance I looked at the performance of the FTSE All-Share Total Return Index from 2012 to 2021 and compared what would have happened either investing on one day a lump sum or starting on the same say investing 1/12 of the capital followed by 11 further equal investments at monthly intervals.  Around two thousand two hundred simulations were performed.

The bell curve below shows the gain/loss at the end of 12 months of the capital lump sum invested compared to monthly investment over one year.

On average lump-sum investing wins out by around 3% which is in line with the Vanguard research. The spread of outcomes varies from around a 25% higher final investment value to a 15% lower value for lump-sum investing.  In only 26% of cases would the investor would have been better off drip-feeding into the market.  It should, however, be remembered that the period examined was one of healthy market performance. 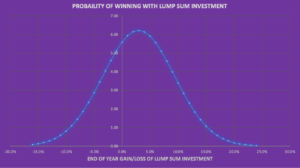 The upside potential from investing a lump sum is far greater than the downside – it wins out both in terms of the average outcome and in the potential to make a significantly higher gain than loss. Having said that, around one-third of investors will lose out by lump-sum investing rather than pound cost averaging.  Given that losing money has a far greater negative psychological impact than the positive impact from gaining money then many investors would probably forgo the chance to make a bit more money in order to have a better night’s sleep.